This is the Puerto Rico ZIP Code 00610 page list. Its detail State, County, City, Longitude, Latitude, Envelope Example, Population is as below.

This is the city information corresponding to 00610:

ZIP Code 5 plus 4 is the extension of 5-digit zip code, It can be used to locate a more detailed location. The last four digits designate segment or one side of a street or an apartment. You can find the ZIP+4 code and corresponding address of the zip code 00610 below.

What are the zipcodes near ZIP Code 00670? In the table below, you can find zipcodes in 25km radius around ZIP Code 00670 and the approximate distance between the two zipcodes. Check the list to find nearby zipcode, and you can click the zipcode link to find the details whatever you want to know about the location. The data below has a slight deviation for your reference only. 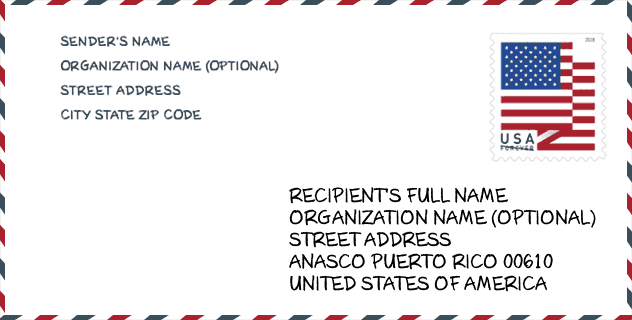 What does each digit of ZIP Code 00610 stands for? The first digit designates a national area, which ranges from zero for the Northeast to nine for the far West. The 3-4 digits are the code of a sectional center facility in that region. The last two digits designate small post offices or postal zones. 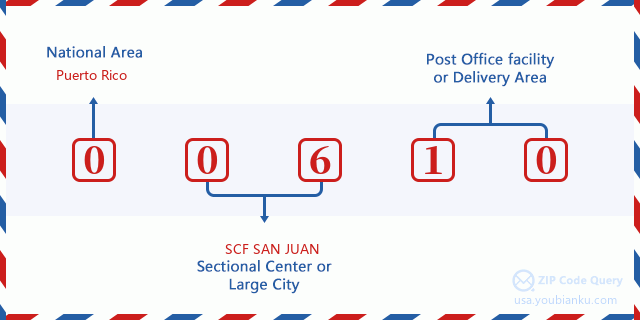 This is online map of the address URB VALLE REAL, Puerto Rico, United States. You may use button to move and zoom in / out. The map information is for reference only.

What is the total population in ZIP Code 00610? Below is detail information.

What else do you want to know about the ZIP Code 00610? We collected some information related to ZIP Code 00610, which is closely related to people's lives. These data help people understand the general situation of the community in which they lived or about to live, and the information also has a guiding role for business construction.